Return of the Hummingbirds ? 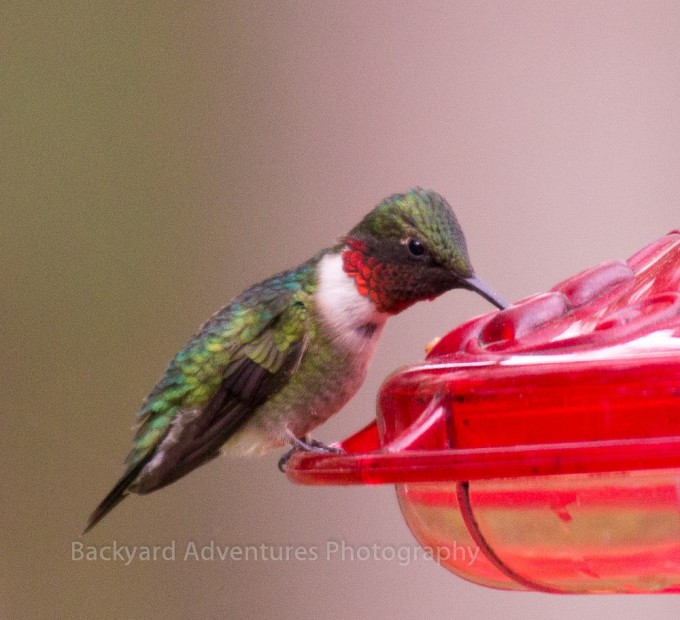 Hummingbirds usually return to Massachusetts in mid to late April. This year I put my hummingbird feeder out early since the weather has been so mild. I’ve been anxiously waiting for the first sighting. This weekend I slept in after being up late with holiday preparations. My four year old granddaughter attempted to wake me starting at 7 a.m. On a later attempt, she exclaimed,”Nana, I saw the hummingbird!” Despite her New York City upbringing, she has become quite adept at spotting butterflies and hummingbirds during visits to our backyard. I jumped out of bed to check out the feeder…

The primary species of hummingbird we see in New England is the Ruby-throated hummingbird. The male is the one with the ruby red feathers that mark a ring around his throat. The male hummingbird comes first to scout out the territory. Nine times out of ten we see females at our hummingbird feeders in the summer. Early in the season is the best opportunity to catch a male to photograph. This picture was taken on April 30th 2011. We rely on the feeders until later in the summer when the garden provides natural nectar for the hummingbirds. They are a delight to the senses as they chirp and make a distinctive whooshing sound as they bat their wings furiously. Their emerald green backs shine on their fragile forms.

I never did see the hummingbird this weekend. Whether my granddaughter spotted the first hummingbird or whether she was just savvy enough to know how to spark my interest, remains a mystery! Scroll down to see more photographs of our backyard hummingbirds.