The Power of Photography: Memory Unearthed, The Lodz Ghetto Photographs of Henryk Ross 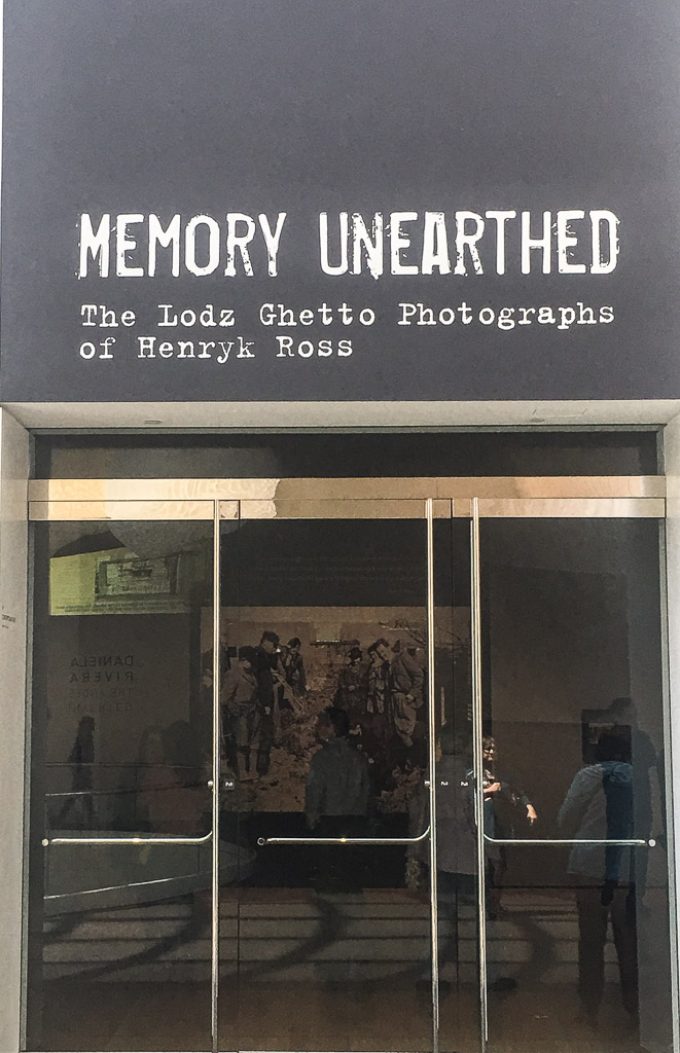 The special exhibit at the Boston Museum of Fine Arts, Memory Unearthed, The Lodz Ghetto Photographs of Henryk Ross, is quite amazing. Henry took photographs of life in the ghetto as he was required for Nazi propaganda. But he also risked his life by bravely photographing the deplorable conditions of the ghetto and the.deportation of the Jewish people. He managed to sneak into the train station in guise of a cleaner and shot photos through a hole in a board of the wall of the store room. He shot groups of residents, who were told they were being transferred to work camps. being boarded onto cattle cars.

There is a short film at the entrance to the exhibit where Henryk and his wife were interviewed and I highly recommend watching it. Henryk shows how he swiftly slid his camera out to take concealed shots. Fearing his death, Henryk buried his negatives in the ground to ensure the world would see the tragedies that had occurred.

The Nazis began destroying all evidence of ghettos in mid 1944 and sent 70,000 Lodz Jews to the Auschwitz-Birkenau death camp. Ross, his wife and 875 other residents were held back to clean up the ghetto. Fortunately Henryk and his wife were among those liberated in 1945 and he was able to recover the incredible record of history which he had buried. This collection is exhibited for the first time in an American museum.There was damage to some of the negatives but the photos were purposely not repaired. “Ross’s skill as a photographer enabled him to make single moments into poignant narratives and his overall vision allows us to confront this difficult history.”